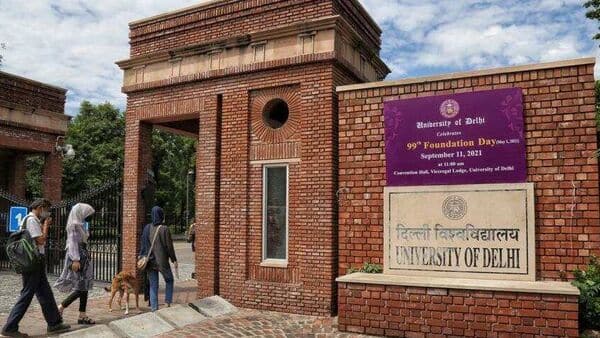 Nearly 60,000 students have been admitted to undergraduate programs in Delhi University colleges, said a senior official on Sunday, adding that more than 14,000 seats are still vacant.

Haneet Gandhi, DU Dean of Admission said that the third round of seat allocation in the university ended on Thursday, while over 2,000 students withdrew their admission. These seats will be filled up through spot rounds of seat allocation.

“As many as 59,401 students have been admitted to Delhi University colleges. Over 14,000 seats are vacant. Over 2,000 students have withdrawn their admission. We have also issued a list of vacant seats for the first spot allocation round of CSAS (Common Seat Allocation System),” Gandhi told PTI over the phone.

Candidates can check the list of vacant seats on its official website—admission.uod.ac.in.

At Delhi University, there are 70,000 seats in undergraduate programs.

Gandhi also informed that in the third round of the CSAS, students were also admitted to all supernumerary quotas, including Extra Curricular Activities (ECA), sports, Children/Widows of Personnel of the Armed Forces (CW), and Kashmiri migrants.

Meanwhile, the university will release the first spot allocation list of the Common Seat Allocation System on Wednesday, November 23, at 5 pm.

Candidates need to thoroughly look at the list of vacant seats so that they can apply for their desired seats. Application for vacant seats will begin at 10:00 am on Monday.

Once the list is out, the candidates can accept the allocated seats between November 24 and 26.The last date for online payment of admission fees is November 27, as per PTI reports.

According to the official notification, with the release of the first spot admission round’s vacant seats on Sunday, the admissions of all already admitted candidates will be considered confirmed and they won’t be allowed for upgrades. However, there are exceptions for supernumerary upgrades. In the same manner, admitted candidates will not be allowed to take down their admissions post the release of the first round admission process.