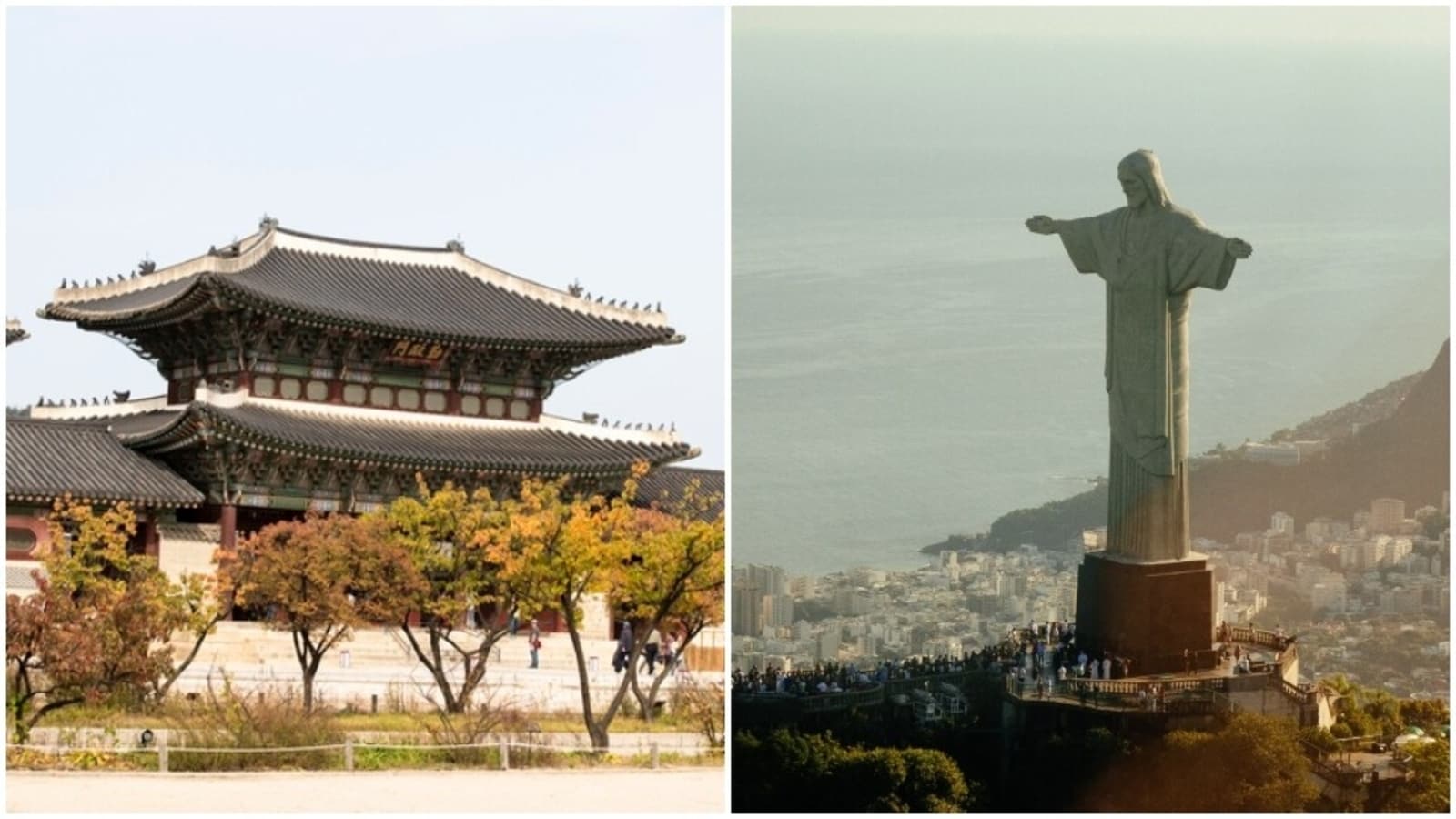 2022 has almost come to an end. As we get ready to welcome 2023 in just a few weeks, Google released its annual Year In Search list. It reveals the top ten things, places, recipes, people, movies, sporting events, news stories, and more netizens across the globe searched on Google. The Year In Search 2022 list also featured the top cultural landmarks people looked for on Google Maps. From Buckingham Palace in London and The Great Pyramid of Giza in Egypt to Gyeongbokgung Palace in South Korea and the Louvre Pyramid in Paris, here are the top 10 cultural landmarks on Google Year in Search 2022 list. (Also Read | Why India should be on your 2023 travel bucket list)

Buckingham Palace is recognised globally as the home of the British monarch. It has served as the official London residence of the United Kingdom’s sovereigns since 1837. The State Rooms at Buckingham Palace are open to visitors every summer. It has 775 rooms, including 19 State Rooms, 52 Royal and guest bedrooms, 188 staff bedrooms, 92 offices and 78 bathrooms.

Big Ben is the nickname for the Great Bell of the Great Clock of Westminster, situated on the north end of the Palace of Westminster. It is probably the world’s most famous clock and Instagrammed landmark on the planet. The Elizabeth Tower stands more than 96 metres tall, with 334 steps to climb up to the belfry and 399 steps to the Ayrton Light at the very top.

The Great Pyramid of Giza is one of the most famous tourist attractions in the world. The three pyramids and their elaborate burial complexes were built roughly 4,500 years ago by Pharaohs Khufu, Khafre, and Menkaure. They are relics of Egypt’s Old Kingdom era and the last of the ancient Seven Wonders of the World.

Christ the Redeemer is a statue of Jesus Christ in Rio de Janeiro. It was created by French sculptor Paul Landowski and built by Brazilian engineer Heitor da Silva Costa in collaboration with French engineer Albert Caquot. Romanian sculptor Gheorghe Leonida sculpted the face. It is the world’s largest Art Deco monument and one of the Seven Wonders of the World.

The Royal Palace of Brussels is a fascinating piece of architecture and a symbol of Belgium’s monarchy. It was built on the site of the former Palace of the Dukes of Brabant, which was destroyed by fire in 1731. Every summer, the palace opens its doors to the public, allowing tourists to visit the palace free of cost. It has not been the official royal residence since 1831.

The National Chiang Kai-shek Memorial Hall is a grandiose monument and tourist attraction erected in memory of Chiang Kai-shek, the former President of the Republic of China. Work on the hall began in 1976, a year after President Chiang died. Chiang’s blue-roofed hall is a prime example of the neoclassical style favoured by Chiang Kai-shek.

The Louvre Pyramid or Pyramide du Louvre is a large glass and metal structure designed by the Chinese-American architect Ieoh Ming Pei. It is the main entrance to the iconic Louvre Museum and has the exact same proportions as the Great Pyramid of Giza. The Louvre Pyramid is in the main courtyard of the Louvre Palace, opposite the Jardin des Tuileries, surrounded by three smaller pyramids. Ieoh Ming Pei was appointed in 1983 to develop the grand entrance, which opened in March 1989.

Palais Idéal, or Postman Cheval’s Ideal Palace, was built at the end of the 19th century by one man alone: a French postman Cheval. A self-taught artist and architect, his whimsical castle of pillars, flying buttresses and grottoes was the labour of love. Carefully crafted out of found stones, the Palais Idéal 26 meters long and 10 meters high and took thirty-three years to complete. The monumental masterpiece is a great attraction for tourists because of its unique architecture.