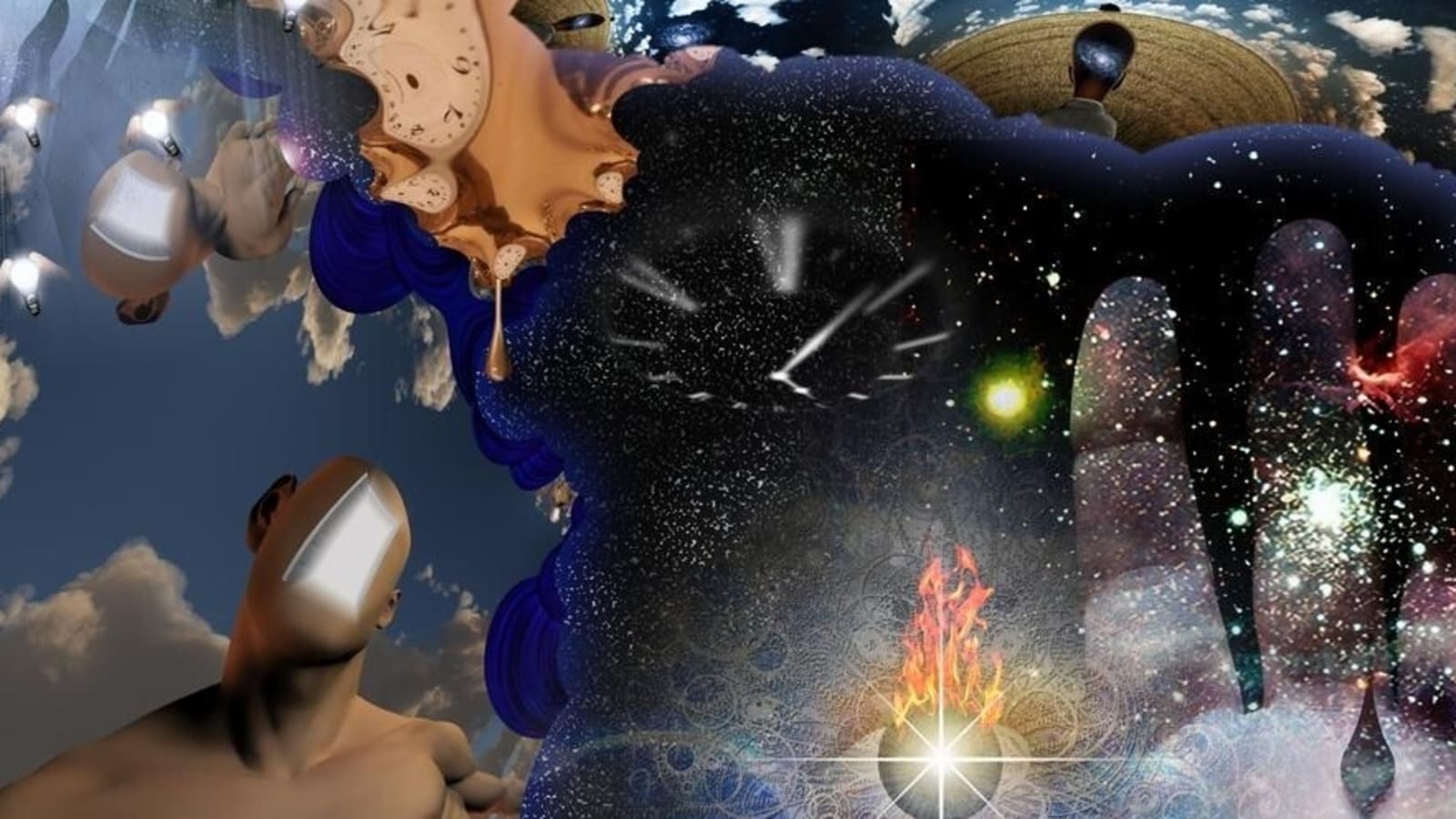 Felix Yarwood, a 32-year-old product designer from the UK, hallucinates. He doesn’t see imaginary people, nor does he hear voices telling him what to do. But sometimes he gets phantom itches and hears tones that may or may not be in his head – he’s never quite sure. Is he crazy? According to current theories, Yarwood’s experiences are perfectly normal. (Also read: Everything you need to know about the hallucinating ‘mad honey’ of Nepal)

“Everyone experiences hallucinations,” Anil Seth, a neuroscientist at the University of Sussex in the UK, told DW.

“It’s important to recognize hallucinations can come and go during our lives at points of stress or tiredness,” Seth said. “There is a bit of a stigma around hallucinations. It comes from people associating them with mental illness and being called crazy.”

But it’s actually very common and happens even daily. The itching Yarwood experiences is particularly common, especially after drinking alcohol.

“It’s also common for people with reduced hearing or vision function to get hallucinations in that ear or eye,” said Rick Adams, a psychiatrist at University College London. “These are non-clinical hallucinations because they are not associated with a psychiatric diagnosis.”

It might be alarming to hear that you hallucinate. But to understand what we’re really seeing, we need to take a step back and look at how the brain creates sensory perceptions.

Intuitively, we may think perception is the result of reading outside information coming into the brain. But Seth thinks this is all wrong.

“Actually, it’s the other way around — perception is the brain generating representations of the world from the inside. Information from the senses calibrates perceptions,” he said.

What’s core to this idea, he said, is the fact that the brain is a predictive organ that tries to anticipate or understand what is happening based on what has happened before.

In vision, for example, the brain creates working hypotheses about the sensory inputs coming in from the eye. It makes quick predictions about what an object might be based on what you’ve seen or known in the past.

Further sensory inputs from the eyes or other senses then tune and correct that prediction to make it more accurate.

“This means everyday perception is a kind of controlled hallucination or waking dream. It’s generated from within but controlled by the world through sensory signals,” said Seth.

It may sound strange to think that the eye plays a secondary role in visual perception, but there are cases when you can feel this happening.

First is pareidolia — the tendency to see patterns in things when there are none, like seeing a face in the moon. Here, the brain is generating the perception of a face despite inputs from the senses saying it’s impossible for the moon to have a face. We may know the moon has no face, but we still see it.

Second is visual illusions like the lilac chaser illusion. If you stare at the cross for thirty seconds, you may see the magenta disks disappearing and a green disc running around the circle in place of the gap.

But of course there is no green disc. According to Seth, the brain has generated the perception of the green disc because it expects green inputs when magenta is present. It fills in the gap of color.

When do hallucinations become a problem?

When do normal day-to-day simple hallucinations tip over into something to worry about? According to Adams, it’s when hallucinations start to disrupt normal life.

“It’s not really how often you hallucinate, or what type of hallucinations, but it’s more whether they have a kind of deleterious effect on the person themselves. They also invade life and cannot be controlled,” he said.

Many people with schizophrenia, for example, tend to hear voices or see things that are unpleasant and disturbing, like voices recalling a person’s darkest fears, or telling them to harm themselves. Seth describes these kinds of hallucinations as uncontrolled perception.

Another module in the brain

Scientists don’t really know why normal perceptual hallucinations, like the ones Yarwood experiences, become strong and complex in conditions like schizophrenia.

Adams thinks a key to the puzzle might be the fact that voices seem to be coming from the outside world, despite being generated within the brain.

“We think that there is a module involved in perception in the brain that somehow gets autonomy,” Adams said. “It starts spurting out perceptual predictions that have no basis on sensory inputs. The rest of the brain is sent these predictions and naturally assumes they’ve come from outside.”

The idea is that the autonomous perception-generating module has lost feedback from sensory inputs from the eye or the ears, which would normally correct the perception. Therefore the hallucination feels like it’s disassociated from your body.

But just how common are hallucinations? Scientists don’t really know — no rigorous studies looking into how often people experience hallucinations of any type have been performed.

Until now, the focus has only been on hallucinations associated with altered states of mind from drug use or mental disorders.

Seth is aiming to understand people’s hallucinations better on a population level. He thinks people’s individual perceptual worlds differ from one another more than we think.

“We call it perceptual diversity. These differences are subjective and private, unlike our skin or hair color, but they shape our lives,” he said.

Seth is currently leading an ongoing study measuring variations between individual people’s perceptual worlds, aiming to understand types of hallucinations or perceptual oddities we experience every day. You can participate in the study here.

But the Perception Census goes beyond just perception. Seth believes the study will also help us understand how we all encounter the world around us — which bits we share and which bits are unique, and how that makes us who we are.