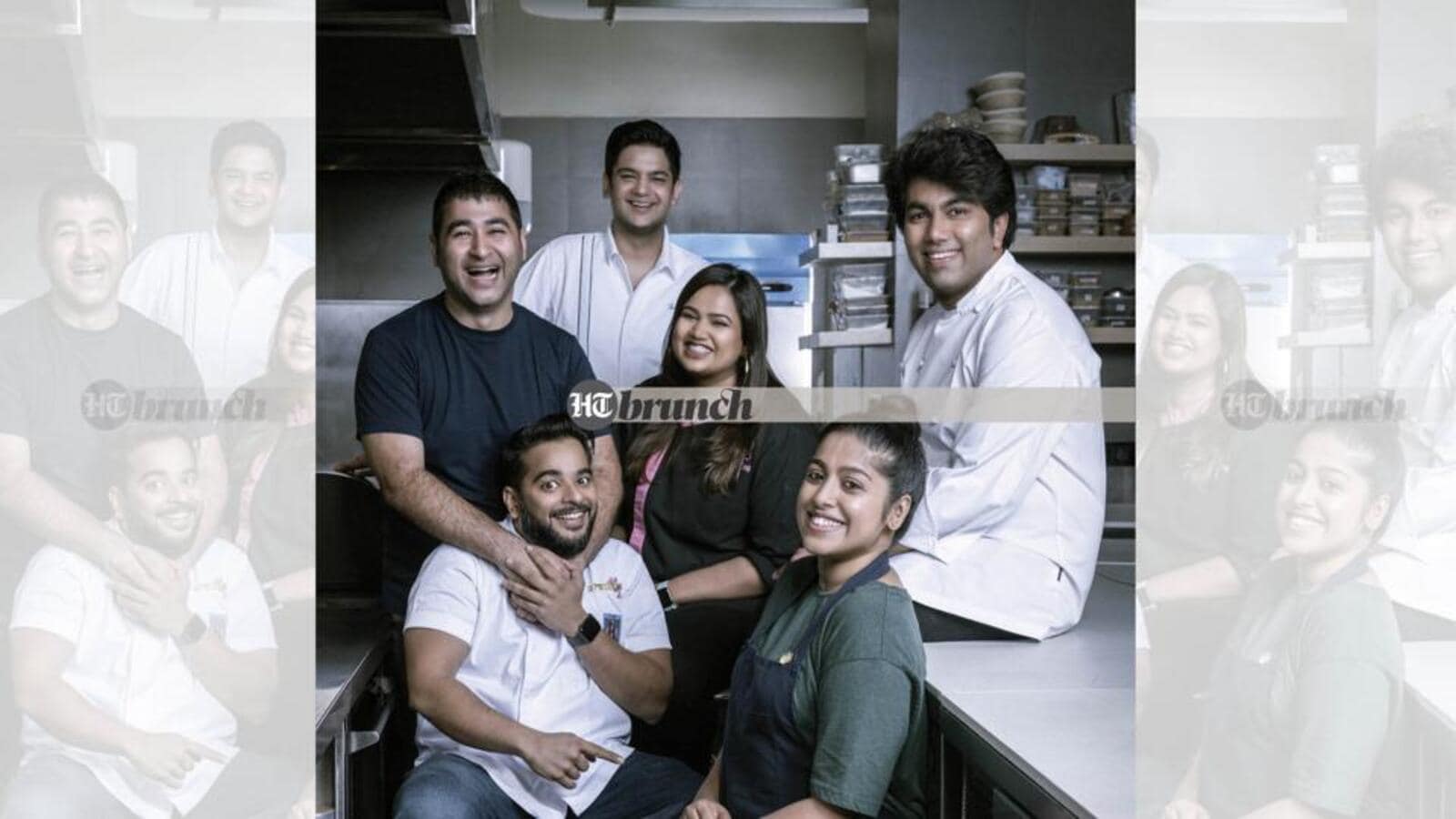 When you bring together six chefs who have carved their own niches in the industry with their unique focus, skill sets and personalities, either carry a sandwich with you, or prepare to find yourself gnawing on your phone, because inevitably, they will talk about food and inevitably you will drool.

This is experience talking, because that’s exactly what happened when chefs Pooja Dhingra, Himanshu Saini, Prateek Sadhu, Hussain Shahzad, Shubham Thakur and Niyati Rao turned up for an HT Brunch cover shoot one fine Monday morning. While I sat there, ready to interrogate them with questions about their kitchen expertise and social media skills, they put their heads together and plotted out five new macaron flavours.

We may or may not ever be able to buy and taste these macarons because, unfortunately, the six chefs in the Great Tastebuds Conspiracy were just talking, not slaving over their ovens. But we can definitely share with you several flavours of their conversations that morning. So, settle in with a cup of tea, and read on.

Is it difficult to be competitors as well as collaborators, I asked the six.

“We are living in an age when collaboration is the name of the game. It’s just going to strengthen us as a community of chefs. Long gone are the crab mentality days, where we see someone climbing and rush to pull them down,” says Niyati Rao.

The millennial generation of chefs seems to have managed to turn all possibly jealous competitions into healthy ones. Explains Hussain Shahzad, “If there was no competition, we would really suck at our jobs. The fact that it is there means a benchmark is being set. Having peers who are great players and inspiring makes you want to push the envelope every day. Not to one-up someone, but because you want to push yourself harder.”

Shubham Thakur doesn’t believe that too many chefs spoil the broth. “More than competition, it’s co-existence, where we work towards one goal or aim,” he explains. There could be a bit of the competitive spirit to begin with, admits Himanshu Saini, but when you collaborate, you become partners, not competitors. “When you start working with someone and start getting to know them, how they think and work, competition disappears,” Himanshu says. “I’ve cooked with Prateek Sadhu and when we started cooking together, it turned into mutual respect and friendship.”

The six chefs gathered here for the cover shoot don’t really know each other well IRL. Neither do they specialise in the same kind of food. But they have one massive thing in common: brilliant social media savvy.

Pooja Dhingra, for instance, started her business when she was 23 just by blogging about what she was baking at home and posting pictures of it on Facebook (Instagram didn’t exist back then).

“I didn’t understand what marketing meant. I just knew I was baking a cake that looked delicious. I put up a picture on Facebook, my brother’s school friend saw it, and he called to say he wanted to order it. That’s when I realised this was legit. Then I found my social media path on IG, slowly evolving over the last decade. I used social media as a place to not only share ideas, and connect with people, but chat with a lot of my customer base. A lot of my friends today are people I met via IG,” says Pooja. So involved is Pooja with social media that she actually looks up the Instagram page of a restaurant rather than read the actual menu when deciding whether to eat there or not.

“You should also post pictures and videos of yourself addressing your failures,” suggests Himanshu. “It’s your failures that give you your success.” He uses his own IG as a databank for all his work collaborations—a more aesthetic alternative to an Excel sheet! Though, of course, the pictures have to translate to flavours when you actually eat the dish.

But social media prowess can’t make up for a lack of business know-how, points out Prateek. “The world is changing and chefs are running their own businesses and larger operations beyond just one kitchen. If I had done a crash course on how to run a business and then got into the food business, that would have been helpful. Business management would be a beneficial addition in India’s culinary schools.” Pooja agrees, admitting that in her initial years she only wanted to focus on the food and creative aspect, not the business itself.

But with business, there’s always the risk of getting too caught up in numbers, and losing your creative self. “You are told from day one that you have to make money. I would never be able to do a business. If I did, I’d be less creative and more of a businessman than a chef,” Hussain says.

Staying true to their roots

Culinary courses in India must emphasise the worth of working with local ingredients. “They teach us French techniques in culinary college. But it’s actually crucial to have almost 90 per cent of the syllabus cover local culinary history and the ingredients we work with,” says Niyati. “You don’t need the most expensive ingredients for a dish to taste great. It’s a about how much effort or troubleshooting each chef is willing to go through.”

When it comes to Indian cuisine, chefs often debate the question of authenticity.

“In the context of Indian food, there is no right or wrong in cooking. So, the word authentic doesn’t mean anything,” says Prateek. Hussain battles this issue on almost a daily basis. “If we remain rooted in the idea of authenticity, we sometimes lose our sense of creativity. Anyway, who decides what is authentic and what is not? Your mom makes mutton curry and so does mine. Who’s to say yours is authentic and mine is not? Both curries are differently delicious!” he says.

Prateek is fascinated by the way Indian chefs now look at ingredients, whether indigenous and otherwise. This gets his creative juices flowing, he says.

Given the discussion that’s taking place about roots and authenticity, it becomes clear to me that the future of Indian food is in safe hands. This generation of chefs is not only getting innovative while retaining their roots, but is also more than aware of factors beyond the kitchen that matter.

Connect with us on facebook.com/hindustantimesbrunch