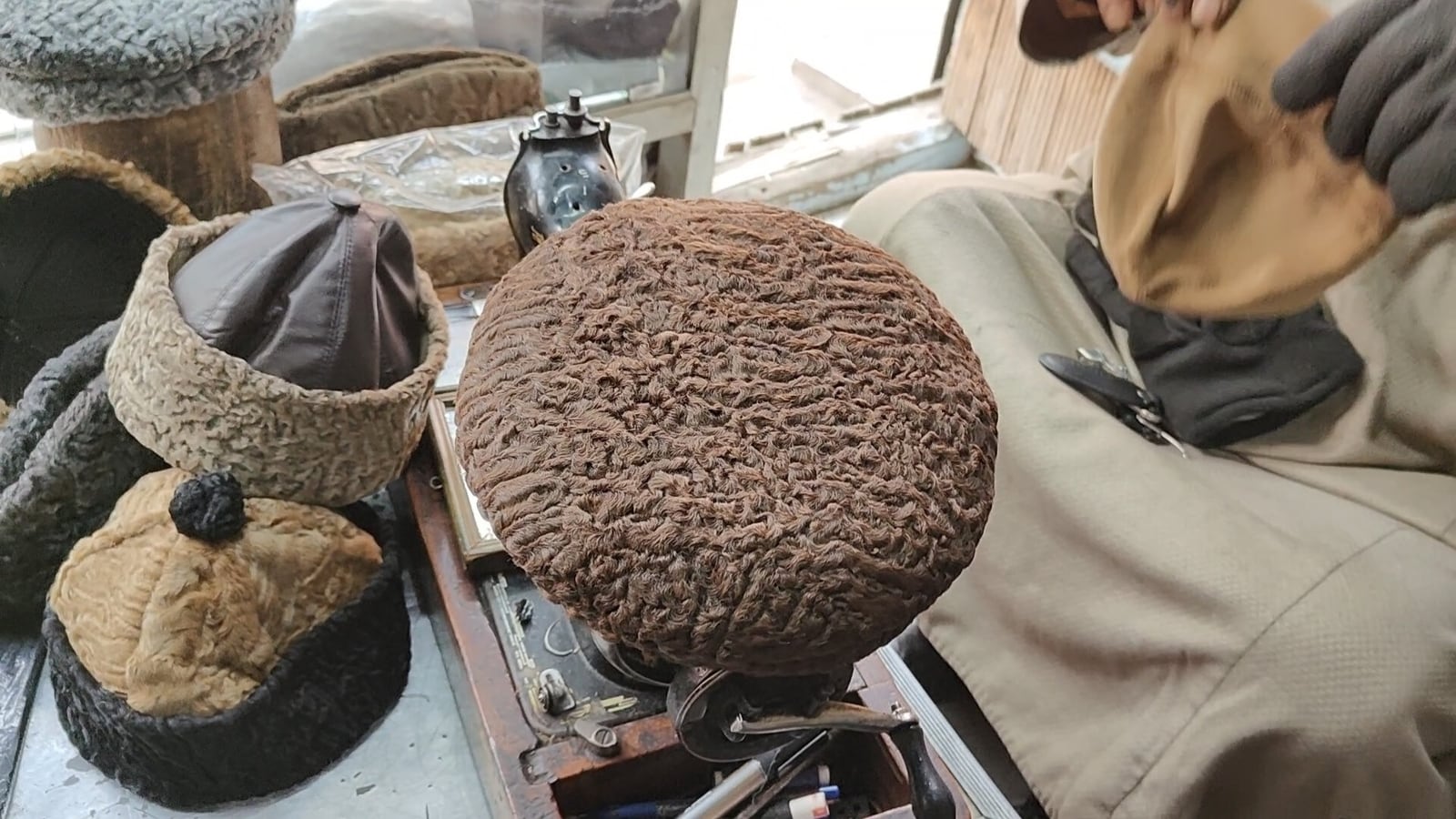 The traditional cap used by the people of Kashmir is known as Qaraqal in the local language. Considered to be the royal cap of Kashmir, it’s the symbol of honour and dignity for Kashmiris. The term Karakul comes from the ‘Karakul’ breed of sheep, which is native to Central or Western Asia. As the name suggests, this cap is made from the wool of sheep and goats. This cap made from the skin of a Karakul lamb is very popular in Kashmir. This fur has a soft, curly texture, a velvety feel, and a glossy sheen. (Also read: Insha-e-Darab: A celebration of Kashmir’s illustrious and rich heritage )

Depending on the quality of the leather, the price of a cap ranges from ₹6,000 to ₹30,000. According to experts, Karaqli made its way from Bukhara in Uzbekistan to Central Asia and Afghanistan only to eventually become an integral part of the Kashmiri culture.

It has been observed that most mainstream politicians choose to wear Karakul caps. It’s also common for a Kashmiri groom to take off his dastar and replace it with a Karakul cap while waiting for his bride to arrive at his in-laws’ house. The famous shop ‘John Cape House’ in Nawan Bazar area of Srinagar is a 125-year-old shop of this unique cap.

Muzaffar John, now the fourth generation maker of these caps, explains that there are three basic styles of this particular cap. The first is the Jinnah style, the second is the Afghan karakul and the third is the Russian Karakul.

Muzaffar says that the hats made in his shop have been worn by several leading personalities, including Muhammad Ali Jinnah and current Prime Minister Narendra Modi.

Even though the trend of this particular style of hat has been declining but now the current generation is taking a lot of interest in wearing it.