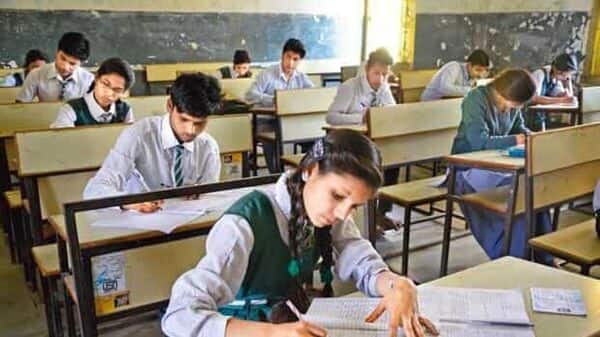 New Delhi: Lengthy school closures due to the pandemic have undone years of gradual gains in learning levels among India’s school-age students, with a major education report released on Wednesday reporting elementary reading and maths skills comparable to pre-2012 levels. Nearly 43% of class V students tested by education non-profit Pratham Education Foundation could read a class II level text and 26% could divide numbers. In 2012, the figures were 47% and 25%, respectively. Across ages, gains in reading skills were washed away more than arithmetic. Bihar, Jharkhand and Manipur were among the few outliers who did better on class V students’ basic reading ability.

First held in 2005, Pratham’s Annual Status of Education Report (ASER) is a large-scale rural survey that tracks children’s reading and numerical abilities. It surveyed nearly 700,000 elementary school students across 616 districts in late 2022—the first full-scale, on-field, national survey since 2018 as the 2020 edition could not take place.

Not all is gloom and doom, though. Despite starting school in the 2020 lockdown, the share of Class III students who could read Class II level text (21%) or subtract numbers (26%) was not much affected. The numbers had been dismal even before the pandemic: 27% and 28% in 2018, respectively. Secondly, ASER did manage to conduct field surveys in three states in 2021—Karnataka, Chhattisgarh and West Bengal. Data from these states suggests that there had been a more worrisome drop till 2021, and there’s been a recovery since, most remarkably in Chhattisgarh, Wilima Wadhwa, director of ASER Centre, told Mint.

There were fears that many children would drop out of schools during the pandemic. But the overall enrolment rate in the 6-14 age group inched up to 98.4% from 97.2% in 2018. The smaller phone-based ASER survey of 2020 had observed an increase in out-of-school children, but it seems to have been a temporary blip. However, enrolment may not always translate into attendance. For years, the share of enrolled students actually attending school has been around 72%, despite a rise in teacher attendance.

Girls in the 15-16 age group saw the sharpest rise in enrolment rate, reaching close to their male peers. Such girls are at the greatest risk of taking a knock on their schooling due to conservative family norms. But the share not going to school stood at just 7.9%, down from 13.5% in 2018.

The survey also reported a clear shift away from private schools towards government schools.

In the past, ASER surveys have recorded a steady rise in rural students taking up private tuitions. The trend caught further pace during the pandemic, despite financial hardships that families saw. Even as schools saw closures, paid tuition classes scored a big win as students looked for alternatives to cope with the loss of learning.

A state-wise breakup shows the trend is more popular among eastern and north-eastern states and less so among southern and western states. Bihar, Nagaland, Manipur and Jharkhand saw the highest rise in share of students going to tuitions.

Various basic facilities such as toilets for girls, libraries and playgrounds are essential to ensure that students keep coming to schools. Progress on this front has continued despite the school closures. However, several facilities remain inadequate.

One in four schools surveyed still did not have a drinking water facility. Two large states—Gujarat and Karnataka—even saw the share decline: from 88% to 71.8% and from 76.8% to 67.8%, respectively.

The share of schools with toilets for girls has improved only marginally, from 66.4% in 2018 to 68.4% in 2022. The stress on teaching new-age technology to students was also missing, as less than a quarter of the schools were equipped with computers, in most cases not being used by them on the day of the visit. However, libraries were present in 78.3% of schools, and surveyors found children reading books in most of them.