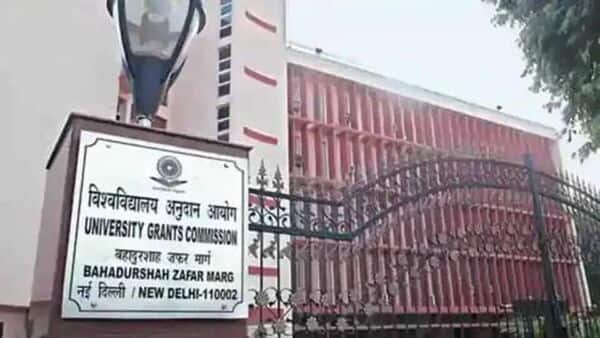 University Grants Commission Secretary Rajnish Jain on Monday informed that the statutory body set up by the Ministry of Education has decided to extend the the last date to receive comments, suggestions, and feedback on the setting up of campuses of foreign higher educational institutions in India to 3 February.

“In view of the requests being received from the stakeholders to extend the last date for submitting comments/suggestions/feedback on the aforesaid draft Regulations, the last date for receiving comments on the draft regulations is hereby extended to 3rd February 2023,” UGC Secretary said.

The University Grants Commission on Thursday notified the draft guidelines for establishing campuses of foreign higher educational institutions in the country in line with the NEP-2020 and invited suggestions and feedback from the public on the same.

In line with the recommendations of the National Education Policy (NEP), 2020, the Guidelines on Internationalisation of Higher Education in 2021, which included provisions like setting up an Office for International Affairs and Alumni Connect Cell in the Universities, have been notified, the UGC said in a release.

The guidelines, called, “University Grants Commission (Setting up and Operation of Campuses of Foreign Higher Educational Institutions in India) Regulations, 2023,” aim to facilitate the entry of foreign higher educational institutions into India, it said.

“These regulations shall regulate the entry and operations of Foreign Universities/Institutions in India to conduct undergraduate, postgraduate, doctoral, post-doctoral, and other programmes and award degrees, diplomas, and certificates in all disciplines,” the UGC said.

No Foreign Higher Educational Institutions (FHEIs) will be allowed to set up campuses in the country without the approval of the UGC, it said.

The foreign educational institution should be within the top 500 of overall / subject-wise global rankings, as decided by the Commission from time to time, in its home jurisdiction, it said.

The foreign institute has to ensure that the quality of education imparted by it in its Indian campus is at par with that of the main campus in the country of origin, the release said.