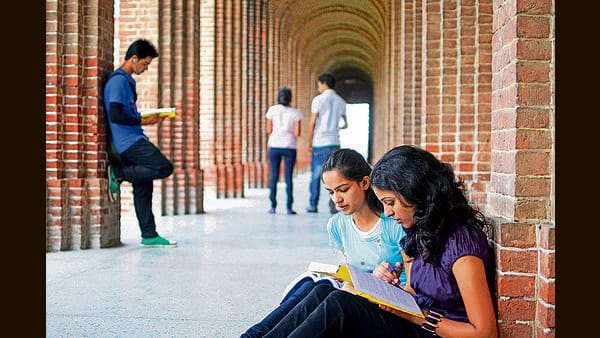 NEW DELHI : The Union ministry of cooperation is planning to set up the world’s largest university for the cooperative sector that will award 9,600 degrees, 16,000 diplomas and 800,000 certificates annually by 2026-27.

A proposal has recently been circulated among Central ministries and departments for consultation to set up the National Cooperative University for promoting cooperative education, training, research and development enacted up through an Act of Parliament, said two people aware of the development.

The development assumes significance given an annual requirement of 135,000 trained personnel for Indian cooperatives that account for more than a fourth of the three million cooperative societies registered globally.

The plan is to award degrees for managerial positions, diplomas for supervisory jobs and certificates for operational-level positions. The proposal involves setting up sector-specific schools for dairy, fishery, rural credit and cooperative credit among others at an investment of around ₹750 crore over a three-year period.

In a related development, the Institute of Rural Management Anand (IRMA) has also proposed itself to be converted into a national cooperative university. Set up in 1979 at Anand in Gujarat by Verghese Kurien, IRMA has been training managers.

These cooperatives have 290 million members, four million employees and eight million board members.

The new university is expected to provide 2,000 teaching and non-teaching staff jobs and also help in capacity building of existing cooperative society employees.

The plan also involves creating a countrywide network of affiliated cooperative education and training institutes that will prepare 800,0000 human resources talents annually by 2026-27.

Queries emailed to spokespersons of the Union ministry of cooperation and IRMA on Monday evening remained unanswered till press time.

The union government’s push for strengthening and empowering cooperatives assumes significance due to their ubiquitous presence across India’s economic landscape and the important role played by them in fertilizer and milk production through marquee organisations such as the Indian Farmers Fertiliser Cooperative Ltd (IFFCO) and Gujarat Cooperative Milk Marketing Federation Ltd (AMUL).

“The proposed society will provide thrust to exports from cooperative sector by acting as an umbrella organisation for carrying out and promoting exports. This will help unlocking export potential of Indian cooperatives in global markets,” the government said in statement on on national level multi-state cooperative export society after Wednesday’s cabinet decisions.

“Higher exports through the proposed society will increase production of goods and services by the cooperatives at various levels thus leading to more employment in the cooperative sector. Processing of goods and enhancing the services to match international standards will also generate additional employment. Increased export of cooperative products would, in turn, also promote “Make in India” thus leading to Atmanirbhar Bharat,” the statement added.

In a push to cooperatives, the government had also approved expanding the mandate of the Government e Marketplace-Special Purpose Vehicle (GeM-SPV) to allow procurement by cooperatives. Prior to this, the platform was open for procurement by government buyers, central and state ministries, departments and public sector enterprises.